In the middle of summer, the Sun shines at its full glow, and Gariful restaurant is always ready to welcome its guests.

There are plenty of people who show us their trust regularly, but the restaurant always attracts someone new with its charm, ambiance, and excellent food; and almost every day we have some celebrity here. This time it was a very well-known person from the world of sport, we may say a real star from the world’s most recognizable basketball league, the American NBA league.

Basketball player Jusuf Nurkić, a starting center in Portland, who also played in Denver, has left a strong impression on all the fans of the basketball games by his skills and athletic abilities, as well as with the statistic numbers of his game.

It is not easy for anyone to play good games with some of the world’s biggest stars such as LeBron James, Kevin Durant, or Stephen Curry, but Nurkić’s points, jumps, and blocks in such a strong rivalry represent a confirmation that he is a player of top quality and world’s class, as well as he is able to play with the greatest competition in the world.

We should also mention that while playing in Cedevita basketball club, he won a trophy as a cup winner but also for the Croatian Basketball Cup (2014), and he won the award for the most valuable player (MVP) in the Croatian Cup final and was chosen for the ideal team of NBA newcomers (reserve team) in 2015. Also, he was invited to participate in the All-star weekend in 2015 as a replacement for Steven Adams in the “Rising Stars“ challenge, but he didn’t play for his private reasons.

After the transfer from Denver to Portland, with a win in the last season against his ex-club, he provided participation in a prestigious playoff of the NBA league. Also, in the 2017/18 season, playing with portland, he won the Playoff from the third position, thanks to a series of wins before the end of the regular part and thanks to good games of the team for which Jusuf was responsible because he contributed with his commitment on the terrain as well as with his offensive game through points and jumps won.

He came to the restaurant with his friends, in an excellent mood. They enjoyed their meal and favorite drink on the terrace, and many people wanted to handshake him and congratulate him for his good games by which he presents people from these areas in a real and great way.

After dinner he went to the club Seven, to enjoy a party which was organized for him by people from the Gariful Concierge team, who are also responsible for everything else he wanted while staying on the Island of Hvar. 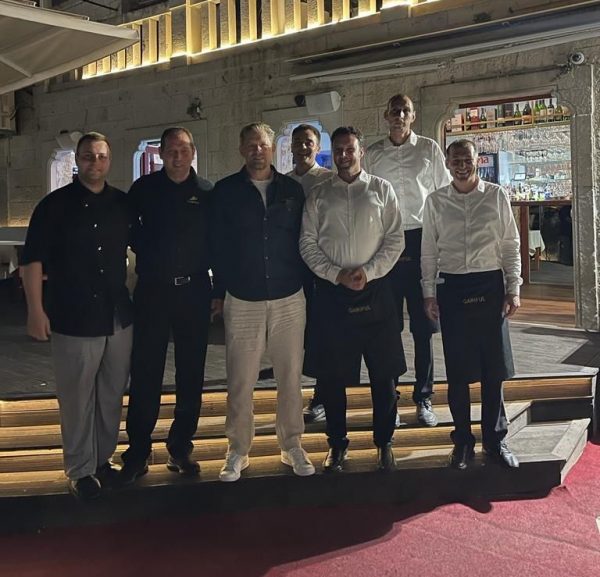