He is well-known for the record of the most sacks (22.5) in one season (2001). He also helped the Giants win the prestigious final in Super Bowl XLII against New England Patriots in the season 2007.

Except for the mentioned record, which has not been surpassed yet, he was chosen in 2000 for the NFL All-Decade Team 2000s, and the Associated Press proclaimed him the best defensive player of the year in 2001.

Besides being proclaimed the best defensive player (2001, 2003) by the NFL, he was also the leader in the number of sacks in the same seasons.

He has been awarded the New York Giants Ring of Honor, which is only given to the most outstanding and influential people in the history of New York Giants. And as the highest recognition of his successes in sport, he was introduced to the Pro Football Hall of Fame in 2014.

After finishing his career, Strahan became a media personality – he has accomplished himself in the role of a TV host, an actor, and a producer, but he is also famous for being a voice actor as Teddy, the rabbit in the fifth installment of the famous animated series Ice Age – Collision course.

His charisma, positive attitude, and his incredible personality were crowned by two Amy awards (2015, 2016) for the outstanding entertainment talk show Live with Regis and Kathie Lee that he co-hosted with his colleague Kelly Ripa.

Michael Strahan enjoyed the seafood specialties and his favorite drink from the vine cellar of the Gariful restaurant, which surpasses even his own impressive collection of wine, champagne, and other rare bottles of drinks. His appearance, good mood, and the smile he had on his face all the time, left an extraordinary impression on all the guests present in the Gariful restaurant. Delighted by the atmosphere, the sea view from our terrace, and the cordiality of our staff, he promised that he would certainly come to Hvar again, and to the Gariful restaurant. 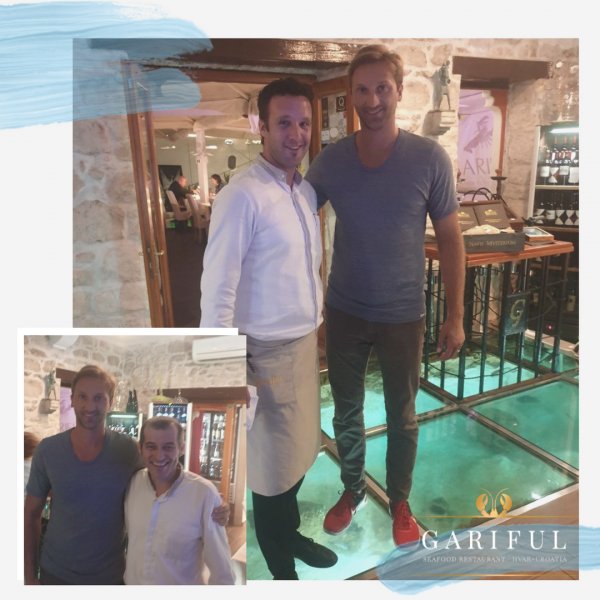 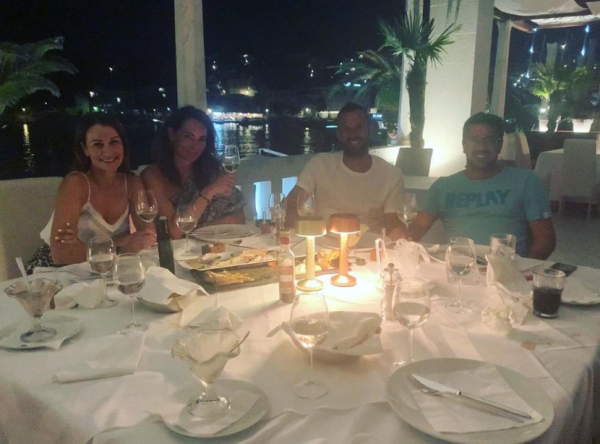